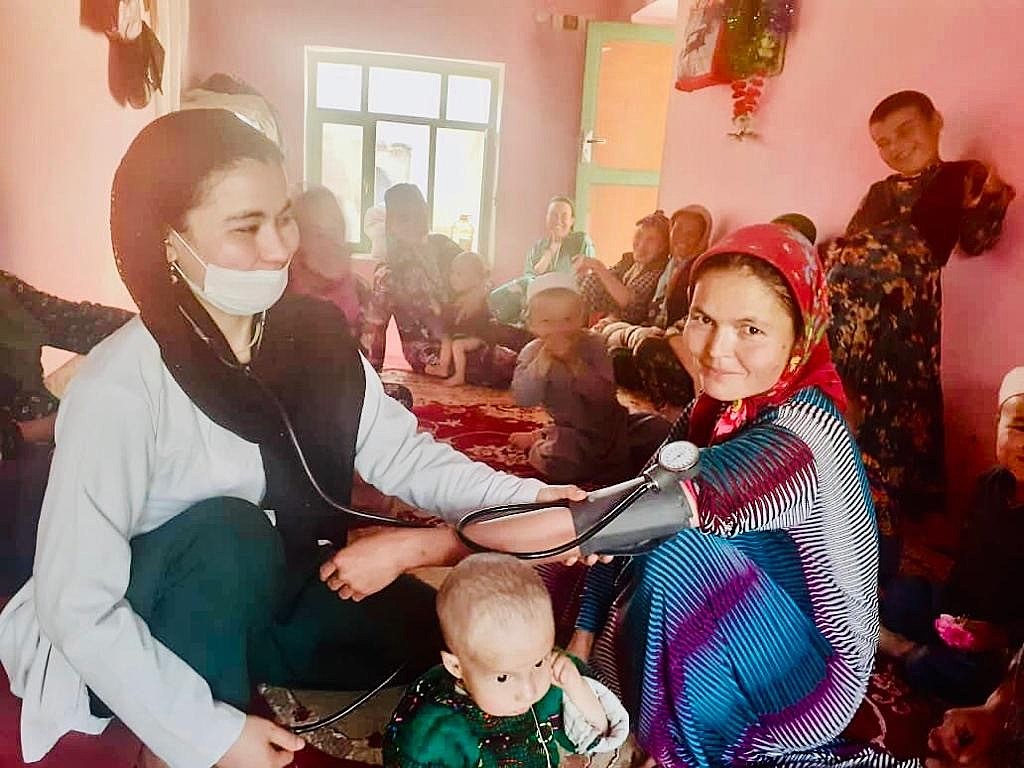 ​A warm welcome to Khadijah Hayati, who has recently joined our HealthProm family in Afghanistan
29 Apr 2020

Khadijah joins us as the coordinator for Kaldar district in Northern Afghanistan. She is a passionate and driven professional, with three years’ experience in management and community work across different organisations. Khadijah was motivated to join HealthProm by her desire to help her local community. She recently travelled to five different villages in Kaldar region to work on establishing the Safe Motherhood Groups and Men’s Support Groups with their elected leaders.

We introduced the concept for these groups to Afghanistan, and they have since become part of WHO methodology. The groups play a vital role in promoting awareness of specific risks during pregnancy and childbirth, and how to respond to them. Women will be empowered to exercise their right - and their children’s right - to equal access to healthcare. The Men’s Support Groups will discuss and work to improve the broader aspects of local healthcare, such as transport and water.

HealthProm has many years of experience in healthcare projects in Europe and Asia. In Afghanistan we work with people in rural communities to reduce mortality rates for mothers and their children under five. We started this work in 2008 in a small group of remote villages in the north of the Hindu Kush Mountains. By 2019 we had, in partnership with the people in the villages, reduced maternal mortality in the population of approximately 34,000 to 10% of the average in Afghanistan, and mortality among under-fives to approximately 15% of the average. Remarkably, in the last year there have been no under-five deaths after infancy.

We are now completing our work in these villages, and aim to use what we have learned there to reduce maternal and child mortality in the district of Kaldar, on the Amu River border in the very north of Afghanistan. The population of Kaldar has greater health needs and gender inequality; we want to improve and validate the methods we have developed in the Hindu Kush.

One of the main factors leading to high mortality rates is a lack of awareness of the signs of complications during pregnancy and labour. Impure water also causes many child deaths. We aim in five years to halve the maternal and child mortality rates in a rural population of 21,814, and for 70% of births to be in the health centre or hospital.