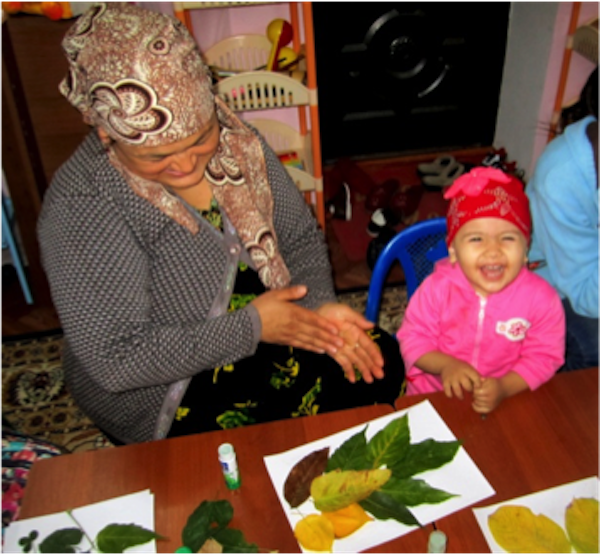 Three year-old Mahbuba came to the Marvorid Family Support Centre in Khujand, Tajikistan in July 2017 following a diagnosis of cerebral palsy. The Marvorid Centre was opened by HealthProm and partners from local NGOs and government in 2014. Built on the grounds of an existing orphanage, or Baby Home, the centre provides a range of support services for children and their families.

After an initial assessment, it became clear that Mahbuba had several developmental issues. She was not able to walk without help, did not react to sounds and voices, and could not speak. As a first measure, the staff at Marvorid recommended that Mahbuba have her hearing tested. She was then referred to a speech therapist and physiotherapist at the Marvorid Centre.

Following a year of therapy, Mahbuba has made significant progress. She is now able to walk on her own, respond to her name, and pronounce simple words. Her mother says that she is very happy and grateful to the Marvorid staff for helping her daughter to make such progress. The existence of the Marvorid Centre has made assessment and multidisciplinary support services available to children like Mahbuba in Khujand for the first time.