Read here about Matvey's story and how our EC sponsored project in Belarus changed his life. 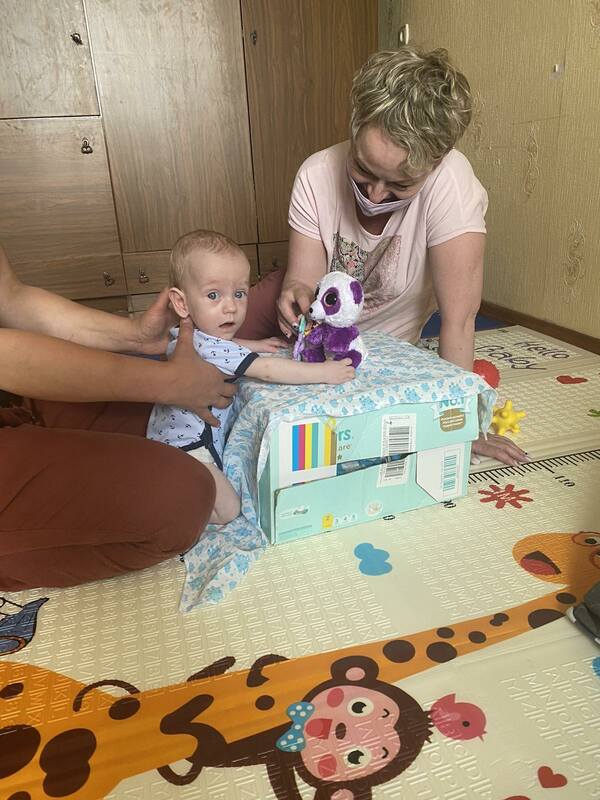 This work is done as part of HealthProm’s project “Building effective advocacy mechanisms to better protect the rights of children with severe disabilities and life-limiting conditions in Belarus”, funded by the European Commission

Matvey was born prematurely on November 1, 2020, with multiple health issues. His young mother Evgenia, who was only 23 years old, did not seem to understand what a number of difficulties she would face, she was so optimistic and cheerful.

Even though Matvey was discharged from the hospital with multiple stomas, the hospital’s doctors did not give any further recommendations to his mother on how to look after the boy. Fortunately, his mother was taught how to take care of stomas while she and her child were in the hospital. Therefore, initially after discharge, Evgenia quite successfully coped with the care of her son. However, after a few weeks of being at home with Matvey on her own without the help of specialists, she called our partner NGO RANO seeking their help. RANO is a Belarusian Republican Association of Parents of Premature Children, one of HealthProm’s local partners in Belarus. Its mission is to support parents and professionals who provide comprehensive assistance to premature babies and their families. It was their team that shared with us the story of Matvey and his mum Evgenia in the first place.

RANO’s rehabilitation specialist Olga Avila and psychologist Alina Nichkasova were the first to visit Matvey’s family at home. The boy, despite a multitude of diagnoses and difficult conditions, was assessed by them as having a very promising prognosis. RANO’s social support specialist also visited the family and acknowledged the loving atmosphere at home, which only further led RANO’s experts to believe that the boy had a great chance to recover and rehabilitate.

However, after about a month, Evgenia began to worry about the redness in the esophagostomy on the neck due to feeding. In addition, the increase in saliva began to lead to coughing and brief episodes of sleep apnea. Evgenia got alarmed and called an ambulance several times. RANO decided to refer the boy to another project partner, NGO Belarusian Children's Hospice and asked them to provide Evgenia with first aid training to help her child in an emergency. After some time, Matvey's family entered into an agreement with the hospice team to provide free medical nutrition for Matvey. As a result of this work, Matvey’s family saw not only an improvement in health but also a great reduction in the financial burden of raising a child with multiple disabilities.

During the first year of Matvey’s life, RANO’s and Belarusian Children’s Hospice’s teams continued to help his family. For instance, during one of the consultations with RANO’s specialists, it appeared that 2-month-old Matvey had never laid on his belly before, which is especially important for stimulating head retention and further development of motor skills. After that, the project teams helped the family to introduce some of the techniques to encourage the boy to lie on his belly. Additionally, the project team scheduled individual consulting training with an orthopedist Rustam Aizatulin to help the boy to further develop his motor skills.

As for psychological support to the family, RANO’s consultants assessed the wellbeing of Matvey’s mother concluding that she was mentally enduring a lot of the difficulties of raising a child with disabilities. RANO has referred Evgenia to the psychological support groups they run as part of the project.

We plan to continue Matvey’s rehabilitation and his preparation for further treatments. HealthProm and our partners always work to ensure that vulnerable children have the best start in life. 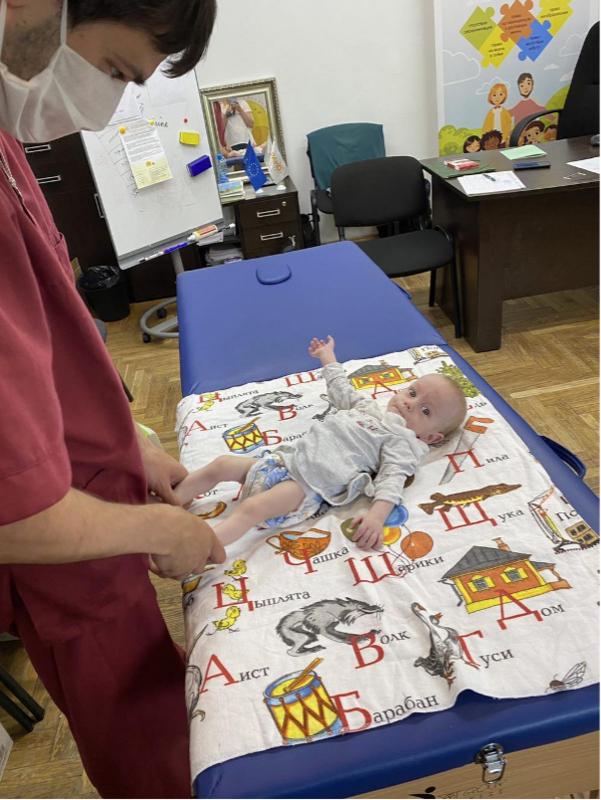 Make a donation Give as little as £20 and make a difference to someone's life
Read our stories Read stories of the people whose lives have been transformed
HealthProm is registered in England & Wales under charity number 1100459 at Voluntary Action Islington, 200A Pentonville Road, Kings Cross, London N1 9JP. We use cookies to improve your experience using this website. To learn more, read our privacy policy.
Log in | Powered by White Fuse